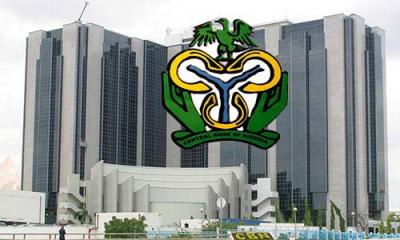 Financial experts said at the week­end that the new round of naira devaluation by the Central Bank of Nigeria (CBN), where it devalued the naira by N6 to the dollar, may lead to a fresh hike in the price of petrol.

The CBN had on Friday devalued the naira in a move to bring the local currency closer to the exchange rate unification agenda as recommended by the International Monetary Fund (IMF) and World Bank.

In a weekly exchange rate for disbursement of proceeds of International Money Transfer Service Operators (IMTOs) for November 30, 2020, all authorised dealers, Bureau De Change (BDC) op­erators, and service providers were advised to add N6 across all rates.

The BDCs are directed to sell to end-users at not more than N392 to the dollar, as against the previous rate of N386 to the dollar.

They insisted that with drop in foreign exchange re­serves and decline in Nige­ria’s dollar earnings over fall in crude oil prices, Nigeria had no option but to devalue its currency.

Crude oil price has dropped to $48.17 per barrel, one of the lowest prices in nearly three years. Nigeria gets over 95 percent of its foreign exchange earnings from crude oil sales.

However, analysts are of the opinion that the CBN has effectively unified the foreign exchange rates in the market in line with the recommenda­tions of the World Bank and IMF.

They claimed that the move by the CBN would as­suage the fears of portfolio investors, reduce rent-seek­ing in the foreign exchange market, serve as a deterrent to currency hoarding and mitigate revenue shortfalls for the economy.

Many believe that while the private sector has record­ed its own devaluation via the NAFEX and more recently the SMIS window, the impact of the CBN’s latest move would still be felt.