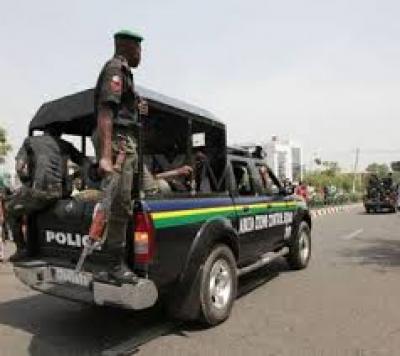 The Katsina State Police Command on Monday engaged in a gun dual against bandits in the Safana Local Government Area in the course of which a 55 year-old-woman, Hafsatu Idris was rescued.

The bandits were said to have attacked Gamma village in the council around 1 am, during which Idris was kidnapped.

The spokesman for the state command, SP Gambo Isah, said, “The Operation Puff Adder team encountered the bandits at Habul Mountain at the fringes of Rugu forest around 4.20 am where its operatives engaged them (the bandits) in a gun duel during which Idris was rescued.

“Many of the bandits escaped into the forest with bullet wounds as there were traces of bloodstains left at the scene.

“Police teams are presently combing the forest with a view to recover dead bodies or arrest the wounded bandits. An investigation is ongoing.”

Murder: US executes the only woman on federal death row...
Read More...