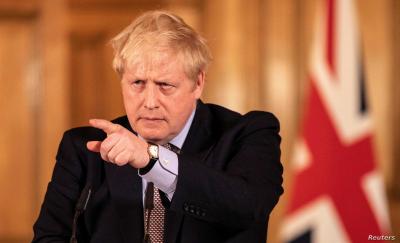 Britain and Canada have signed a preliminary trade agreement to ensure the continuity of their economic relations after the end of the Brexit transition phase in six weeks.

British Prime Minister Boris Johnson and his Canadian counterpart Justin Trudeau sealed the agreement on Saturday in a video call during the Department of International Trade announced in London.

The document will pave the way for negotiations for a new, adapted agreement from 2021, according to London.

“Our negotiators have been working flat out to secure trade deals for the UK and from as early next year we have agreed to start work on a new, bespoke trade deal with Canada that will go even further in meeting the needs of our economy,” British Prime Minister Boris Johnson said

“Now we get to continue to work on a bespoke agreement, a comprehensive agreement over the coming years that will really maximize our trade opportunities and boost things for everyone.”

Britain left the European Union at the end of January, but during the transition phase that will soon end, practically everything has stayed the same, meaning that London continued to trade with other countries within the EU.

The British Chambers of Commerce welcomed the deal with Canada, but stressed that similar agreements needed to be reached quickly with key markets such as Turkey and Singapore.

The Case for a Nigerian-Born Woman to Lead the World Trade Organization...
Read More...