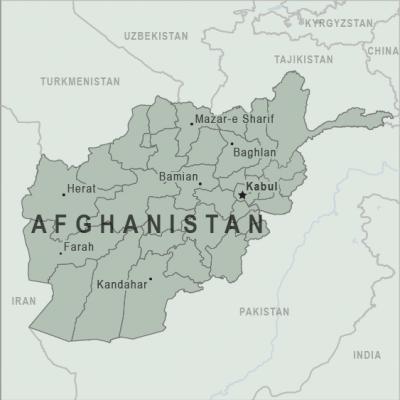 A blast in Southern Afghanistan on Thursday was reported to have killed an Afghan journalist working for US-funded radio network just days after a former television presenter was murdered in Kabul.

Radio Liberty reporter Aliyas Dayee was killed when a sticky bomb attached to his car exploded in the city of Lashkar Gah in Helmand province, said Omar Zwak, the spokesman for the province’s governor.

In recent months, targeted killings of prominent figures, including journalists, clerics, politicians and rights activists, have become more common as violence surges in Afghanistan, despite ongoing peace talks between the government and the Taliban.

33-year-old Dayee was on his way to the local press club with his brother when the car exploded, Radio Liberty’s chief editor Rateb Noori told AFP. His brother and two others were wounded.

Lashkar Gah has been at the centre of intense fighting between government forces and the Taliban in recent weeks.

“Without a doubt, the assassination of Aliyas Dayee is the work of the enemies of freedom of expression and media,” Sediq Sediqqi, spokesman to President Ashraf Ghani, said on Twitter.

In a separate statement condemning the murder, Ghani said his government was “committed to preserving and expanding freedom of expression”.

Radio Liberty, originally set up during the Cold War, is funded by the US government.

Top US envoy in Kabul, Ross Wilson, said Dayee’s murder was “another attack on the freedom of the press”.

“These attacks on journalists must stop immediately,” he said on Twitter.

The Afghan Journalists Safety Committee, a group set up by media networks to oversee security for journalists in the country, urged its members to “keep safety as their highest priority”.

No group immediately claimed responsibility for the attack.

Dayee’s murder comes after Yama Siawash, a former Afghan television presenter, was killed on Saturday in a similar bomb attack in Kabul.

The two killings come amid surging violence across Afghanistan, much of it unleashed by the Taliban as they attempt to gain leverage in seemingly stalled peace talks in Qatar.

Lashkar Gah saw intense fighting last month when Taliban militants launched a broad offensive in a bid to seize the city, triggering an exodus of thousands of families.

Helmand — a Taliban stronghold — is where international forces fought some of the bloodiest campaigns of Afghanistan’s 19-year war.

“They are soft targets. The killings are aimed at eroding and hurting the emotions of the society, which will lead to people’s dissatisfaction with the government,” Saleh said on Twitter.

Akwa Ibom: “I killed him in self defence” - Corps member explains why she hacked boyfriend to de...
Read More...