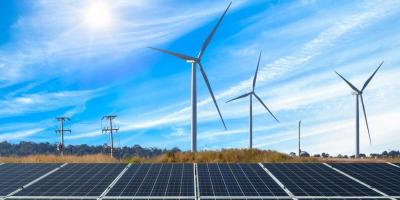 Two million people in Zimbabwe are expected to benefit from a climate resilient project “Building climate resilience to agriculture livelihoods in Southern Zimbabwe” launched by the Ministry of Lands, Agriculture, Water and Rural Resettlement in Harare yesterday.

The seven-year project, which will be implemented under the Zimbabwe Resilience Building Fund investments in Manicaland, Masvingo and Matabeleland South will strengthen resilience of agricultural livelihoods of vulnerable communities, particularly women in the face of increasing climate risks and impacts.

“The project is important to Zimbabwe’s agriculture resilience and adaptation programmes and dovetails well with various plans Government is pursuing namely: Agriculture Recovery Plan, Accelerated Irrigation Development Strategy, Horticulture Recovery Plan, Livestock Development and Growth Plan and the National Development Strategy, which are aimed at revitalising production and productivity on small holder farming across the country.

“The project is also in line with the Agriculture Food Systems Transformation Strategy, which seeks to develop a robust agriculture sector capable of turning around and steering Zimbabwe towards Vision 2030,” he said.

Dr Basera said the project fitted well with Climate Proofed Presidential Inputs Scheme (Pfumvudza), which is aimed at promoting efficient use of resources on small areas to optimise production.

“The impact of climate change is constantly destabilising livelihoods and ecosystems. Eighty percent of Zimbabwe’s farming households are dependent on rain-fed agriculture and these are smallholder farmers who ordinarily lack capacity to adapt to the impacts of climate change,” he said.

UNDP deputy resident representative Madalena Monoja said the project was being supported under the US$26 million support from the Green Climate Fund to support the Government to strengthen the resilience of agricultural livelihoods of vulnerable communities.

“The project contributes immensely towards the Government of Zimbabwe’s climate change priorities outlined in its National Development Strategy, nationally determined contributions, national climate change policy and strategies, including strengthening the management of water resources and irrigation in the face of climate change, strengthening capacities to generate new forms of empirical knowledge, provision of technologies and agricultural support systems that are climate smart,” she said.

She applauded Government for appointing UNDP as the entrusted accredited entity for this GCF project and pledged support throughout the implementation process through the establishment of a competent project management unit and a vibrant steering committee still in the making as well as project assurance as the accredited entity.

“UNDP has prioritised climate change and resilience pillar.UNDP has over the years supported related projects including the development of a costed action plan on mitigation and adaptation through the National Climate Change Response Strategy, the LEDS, the Zimbabwe Resilience Building Fund, the Oxfam scaling up adaptation projects and currently developing a National Adaptation Plan with readiness funding from GCF,” she said.