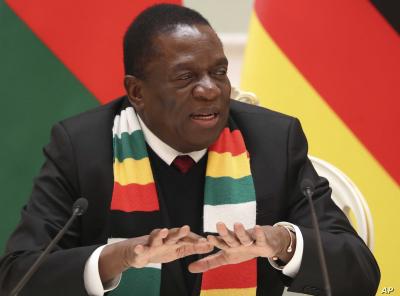 Zimbabwe plans to import up to 600MW of electricity from regional producers so as to cover the supply gap, which is created by subdued energy generation capacity mainly by ageing thermal power stations.

The country has been producing on a daily basis,  an average of about 900MW electricity against a demand of between 1400MW and 1500MW. Kariba Dam Power Station currently dominates domestic output while Hwange, the largest thermal station with 920MW installed capacity and three smaller thermals — in Bulawayo, Harare and Munyati — are producing below capacity.

He said; “Imports account for between 33-40 percent of our power requirements. Our internal generation is about 900MW against a demand of between 1400MW and 1500MW with 500-600MW covered by imports,”

Eng Mazambani said the recent tariff increase by Zesa was justified as the utility was working on recovering operating costs. He said the previous tariff had been eroded by exchange rate deterioration and inflation from the award of October 2019, which allowed the company to recover operating costs.

“The adjustments are, therefore, as a result of indexation, which was provided for and approved in the October 2019 Tariff determination,” said Eng Mazambani.

He explained that the electricity tariff increase was being staggered to cushion consumers from a massive once off adjustment. Staggering the power tariff increase, he said, will give consumers time to adjust to new tariffs.

He said, “Tariff adjustments are not going to be monthly in the future, the previous monthly adjustments were done to cushion the consumers. We should all agree that the tariff had lost value from previous adjustment in October 2019

“The tariff is indexed and any review will be based on among other factors, the performance of the exchange rate and inflation.

“Any reviews will be based on the approved indexation formula.”

The staggered upwards tariff adjustment since September has resulted in improved cash flows, with coal producers confirming that the power utility had started making payments for outstanding supplies.

“There is an improvement in terms of payments. . . It is encouraging,” Coal Producers Association president Mr Raymond Mutokonyi said.

Acting ZPC director, Mr Wellington Maphosa, confirmed that they had started paying the coal producers.  Earlier, the coal miners had warned of severe disruption of coal to thermal stations, arguing that failure by Zesa to clear the debt was incapacitating the producers.

This was going to have an adverse impact on the country’s power situation. At some point the power utility had to approach the Treasury for a bailout.