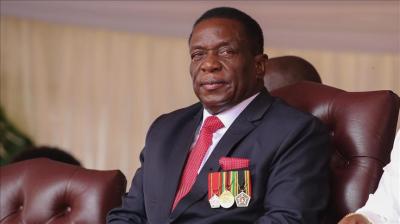 Russia has said that it will enhance investment cooperation with Zimbabwe and promote the African country’s socio-economic development to help it overcome the consequences of U.S. and EU sanctions, a Russian official disclosed on Sunday.

The Russian Foreign Ministry said; “We intend to further contribute to the socio-economic development of this state, as well as to help it overcome the disastrous consequences of these sanctions by building up mutually beneficial investment.

“And also by building scientific and technical cooperation as part of implementation of the existing bilateral Russian-Zimbabwean agreements at the highest level”.

The ministry noted that on Oct. 25 member countries of the Southern African Development Community (SADC) celebrated the day of struggle for lifting unilateral sanctions against Zimbabwe.

“We express our solidarity with the position of SADC countries, demanding the immediate lifting of illegitimate restrictive measures against Zimbabwe, which is a full-fledged member of the international community.

“We recall that in 2002-2003, the U.S. and the EU, bypassing the UN Security Council, imposed a number of coercive measures, including blocking Zimbabwe’s access to loans from international financial institutions,” the statement said.

According to the ministry, these restrictions have not only undermine the authority and prerogatives of the main UN body, but have also directly harm the population of the African state.

They also urged it to carry out political and economic reforms.

The sanctions have so far, made it impossible for the country to seek financial assistance from international organisations.