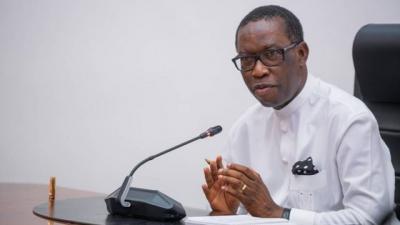 The Delta State Governor, Ifeanyi Okowa, has called on his fellow leaders to come together and earnestly begin the process of correcting the wrongs in the society.

Okowa said this in a condolence message to the youths in the country following the shooting of #EndSARS protesters at Lekki, Lagos on Tuesday.

In a statement which he signed and released on Wednesday, the governor said “It is obvious that we cannot suppress the voice of the Nigerian youth. They have suffered untold pains and expressed their frustrations in the last two weeks.

“As leaders, our duty is to start to right the wrongs. We need to start the process of rebuilding a nation that works for all.

“We need to take steps to recreate hope for our people, the youths inclusive.

“My dear youths, you have spoken loudly. You have changed the narrative, and the reforms you called for cannot be wished away.’’

Okowa thereafter, reiterated his appeal to the youths to give the Government time to take action on their demands.

He described the youths as heroes and heroines, urging them not to allow their well-intentioned protests to take a negative turn.