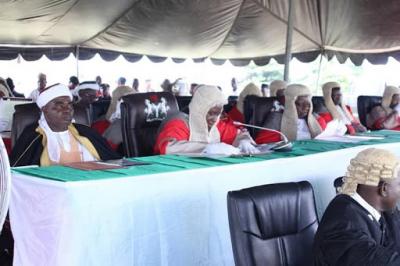 Retired judges in Kogi State have pleaded with the Governor, Yahaya Bello to pay the gratuities of both living and dead judges.

The immediate past Grand Kadi, Sharia Court of Appeal, Kogi State, Hon. Kadi Zakariya Muhammad (retd.), made the appeal on Tuesday at a valedictory court session held at the state High Court, Lokoja, in honour of the dead and retired judicial officers in the state.

Muhammad, who was the Grand Kadi, Sharia Court of Appeal, Kogi State, between 2012 and 2018, said that the payment would help lessen their suffering and those of their families.

His words: “His Excellency should use his magnanimity to pay our gratuities. This would go a long way to reduce the hardship faced by retired judges and those that left their families behind after succumbing to death.”

An ex-Judge, Customary Court of Appeal, Hon. Justice Elias Adem Egwu (retd.), also appealed to the judiciary to work on the jurisdiction of the customary court of appeal.