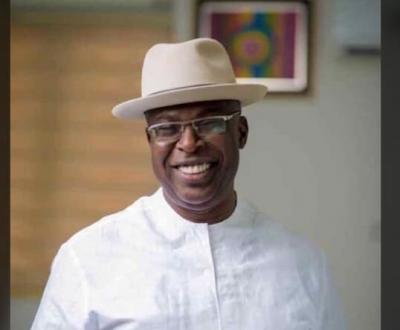 The Federal Government yesterday said that there are no plans set in place for the scrapping of the Nigerian National Petroleum Corporation, NNPC, in the Petroleum Industry Bill 2020 that has been sent out to the National Assembly by President Muhammadu Buhari.

During an interrogative section from journalist in Abuja after an interactive meeting with the leadership of the National Assembly, Minister of State for Petroleum, Timipre Sylva alleviated the fears of staff of the Corporation and Nigerians, as he explained that the bill seeks for the commercialisation of NNPC and not outright scrapping.

The meeting was presided over by the President of the Senate, Senator Ahmad Lawan, with the Speaker, House of Representatives, Femi Gbajabiamila and other Leaders of the National Assembly in attendance.

The purpose of the meeting was to discuss the details of a draft copy of the Petroleum Industry Bill (PIB) as explained by Sylva, “We have heard so much noise about NNPC being scrapped but that is not envisaged by the Bill at all.”

“NNPC will not be scrapped but commercialised in line with deregulation move being made across all the streams in the sector comprising of upstream, downstream and midstream.”

“We have said that NNPC will be commercialized. But If you are talking about transforming the industry, the only new thing that we are introducing is the development of the midstream, that is the pipeline sector – that sector between the upstream and the downstream which because the framework was not there has not really developed very well.”

“So we have provided robustly for the growth of the midstream sector.”

“Through commercialisation, the required competitiveness in the sector will be achieved.”

Sylva further said that the host communities will also have the best deal from the bill.

He stated that through the PIB the industry will be transformed and the PEF and the PPPRA will not exist in the same form as they exist today.

His words, “I am sure that the PIB will also take care of that because with the PIB the industry will be transformed and the PEF and the PPPRA will not exist in the same form that they exist today.”

“But I don’t want to go into the details of the Bill until it is read on the floor of the Senate.”

I forgive my accusers- Minister of Humanitarian Affairs...
Read More...

Buhari has ordered an investigation into the Lekki shootings- Minister...
Read More...

National Identity Number soon to be made mandatory for citizens–Minister...
Read More...

Child Rights Act yet to be Implemented in 11 states-Minister of Women Affairs...
Read More...