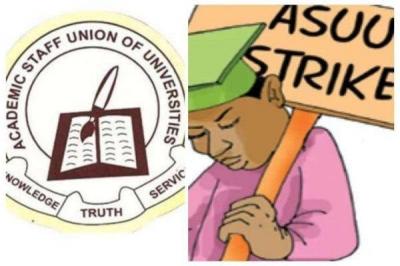 The Academic Staff Union of Universities has said it will sanction lecturers in Rivers State-owned universities if they dare to resume lectures.

The ASUU National President, Abiodun Ogunyemi, made this known while reacting to the directive of the Rivers State Government that tertiary institutions, secondary and vocational schools are to reopen on Monday, October 5.

Ogunyemi, while is an interview with newsmen in Port Harcourt said ASUU had not exempted any of its branches from the ongoing strike.

“We have not exempted any branch of our union from the ongoing strike.”

“Any branch that does that will be violating our directives and what we do in such situations is to take them through our procedure and apply appropriate sanctions,” he said.

The Port Harcourt Zonal Coordinator of ASUU, Uzo Onyebinama, who also spoke with news correspondents, said that with the fact that the unions in Rivers State universities were on suspension for previous contravention of the strike order, it did not expect the members to resume classes.

Order the immediate release of all the welfare provisions and materials to citizens- NLC...
Read More...