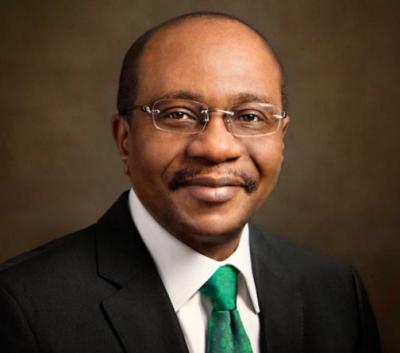 The Governor of the Central Bank of Nigeria, Mr Godwin Emefiele, said the bank will pursue expansionary monetary policies to tackle recession due to the country’s constrained fiscal policy.

The CBN Governor said this was necessary to control the rising inflation and address recession in the economy and added that this was part of the resolutions of the Monetary Policy Committee meeting held last week.

He said, “The committee was therefore of the view that to abate the pressure, it had no choice but to pursue an expansionary monetary policy using development finance policy tools, targeted at raising output and aggregate supply to moderate the rate of inflation.”

“At present, fiscal policy is constrained and so cannot, on its own, lift the economy out of contraction or recession, given the paucity of funds arising from weak revenue base, current low crude oil prices, lack of fiscal buffers and high burden of debt services.”

“Therefore, monetary policy must continue to provide massive support through its development finance activities to achieve growth in the Nigerian economy.”

Emefiele stated that the MPC was confronted by policy dilemma. He also said though the MPC felt the primacy of its price and monetary stability mandate, it nevertheless was having problem with what policy direction to focus on, given the reduction in output growth during the second quarter of 2020.

Emefiele opined that the Q2 contraction may lead to a recession, if the third quarter of 2020 output growth numbers further show a reduction.

His words, “It is, therefore, of the view that, if a recession occurs in Q3, the committee would be confronted with proposing policy options in a period of stagflation,” and explained that this was because with the recent removal of subsidy on fuel price, the increase in energy prices, and the adjustment of the exchange rate, inflationary pressure would still keep on unless MPC considers options that would deal with the pressure aggressively.

The Governor said for this reason, the MPC would continue to play a dominant role in the achievement of the goals of the Economic Sustainability Programme through its interventionist role to steer the country towards a direction that would boost output growth and moderate the level of inflation.

Emefiele said given that the currency adjustment was a causal factor in determining the price of petroleum products and energy prices, the MPC believed that the CBN management must take bold actions to stabilise the exchange rate.

He further stated that the CBN was further charged by the MPC to continuously provide funding to sectors that would resolve the supply constraints in petrol pricing, energy pricing and food availability.

IMF to tackle impact of COVID-19 in Angola with 1 billion dollars...
Read More...