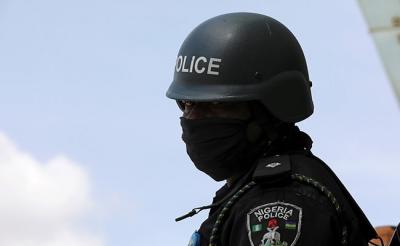 Sokoto State Police Command has arraigned a sergeant called Bello Garba for unprofessional conduct that led to the killing of one person and injuring three others on Friday.

The Command Public Relations Officer, ASP Muhammad Abubakar Sadiq, made this known in a statement made available to newsmen in the state yesterday.

The PRO stated that the Sokoto State Police Command totally condemns the act which is a pointer to unwarranted, uncivil and unprofessional conduct of a Police Sergeant on special duty in the state.

“Today at about 2:30 pm, shortly after the special Juma’at prayers offered in commemoration of Nigeria’s forthcoming 60th independence anniversary at Sultan Bello Juma’at Mosque, His Excellency The Governor of Sokoto State, Rt. Hon. Aminu Waziri Tambuwal, while magnanimously giving out gifts to the needy.

“A brief distribution, which gave birth to an upsurge in would-be beneficiaries, however, in an unconventional effort to control the crowd after the departure of the VIPs, one Sergeant Bello Garba serving at Counter Terrorism Unit Base 18 Gusau, attached to government house Sokoto but on special duty at Sultan Palace, unprofessionally fired without reasonable justification at that material time, as a result, one Aminu Abdulrahman aged 25 years was shot dead on the spot.

“Also, one Junaidu Abba, Babangida Muhammad and Awaisu Alti, all indigenes of Sokoto, sustained various degrees of injury, victims were evacuated to Specialist Hospital Sokoto for treatment and autopsy respectively.

“The Commissioner of Police, Sokoto State Command, CP Ibrahim Sani Kaoje had ordered the immediate detention and commencement of the trial of the erring officer, in the same vein, the CP had charged the State Criminal Investigation Department to launch a discreet investigation in order to unravel the circumstances surrounding the situation,” the PRO explained.

Sadiq added the CP unmistakably warns that officers and men of the Command must deploy all professional acumen at their disposal including psychological capacity in order to improve the safety of the people of the state and not to resort into using same against the populace.

The Lagos Oriental Hotel does not belong to Tinubu – WEMPCO