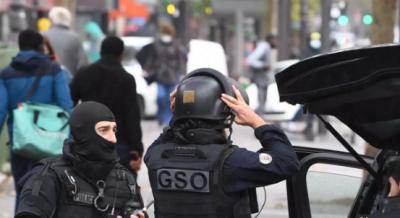 Officers have arrested the suspected attacker who injured four people in a knife assault in Paris on Friday near the former offices of satirical weekly Charlie Hebdo.

French police said that the man was arrested near the sprawling Place de la Bastille, adding he was the only suspect in an attack that came as a trial is underway for suspected accomplices in the January 2015 attack on Charlie Hebdo that killed 12 people.