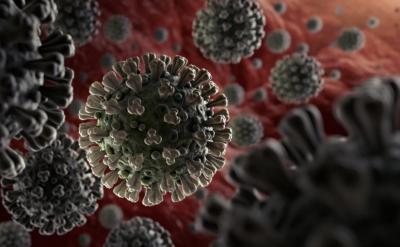 The Nigeria Centre for Disease Control (NCDC) has reported that no death was recorded in the last 24-hours, as the country recorded 125 new cases of COVID-19.

The NCDC made the disclosure on its official twitter handle on Thursday where according to the agency, 125 new cases were confirmed around the country, bringing the total number of infections to 57, 849 adding that the new infections were reported in 13 states of the federation.

It further said 113 patients were discharged from isolation centres across the country, bringing the total number of persons discharged to 49,098 persons have so far been discharged.

According to the NCDC, Lagos State recorded the highest number of cases with 37, followed by Plateau with 18 cases, the Federal Capital Territory recorded 17 cases and Ogun State recorded 15 each.

Others are Rivers-10 Benue-seven, Kaduna-seven; Anambra-five; Oyo-three; Cross River-two; Ondo-two; Edo-one and Imo-one. The centre also said 1,102 deaths were recorded in 36 states and the Federal Capital Territory. It said that a multi-sectoral national Emergency Operations Centre (EOC), activated at Level III, has continued to coordinate the national response activities across the country.

Meanwhile, the NCDC in a Public Health Advisory on COVID-19 informed new measures to curbing the spread of corona virus in the country as stated: “Travel advice, advice for health workers, advice for businesses and how to protect yourself.  ncdc.gov.ng/news/262/07-se…,”

The public health agency which noted that COVID-19 was still circulating widely and Nigerians should remain vigilant however urged that: “If everyone would adopt three simple steps….Wear a Mask, distance, wash hands/ sanitizer after contact and frequently, it would go a long way at decreasing the cause of death from the virus.”

Globally, over 32 million people have been infected and about 986,140 deaths recorded.