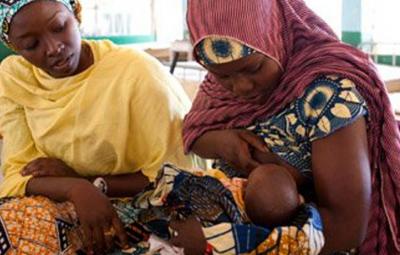 The National Agency for Food and Drug Administration and Control (NAFDAC) said it will prosecute any health worker caught promoting Breast Milk Substitute (BMS) and another infant formula in health centres.

Deputy Director, NAFDAC, Kaduna Zonal Office, Mr Nantim Mullah, sounded the note of warning in Kaduna on Thursday, at a one-day sensitisation meeting on the International Code of BMS and National Regulations on infant formula.

The sensitization was organised by SCI in partnership with the Kaduna State Ministry of Health and NAFDAC, for health workers from Kaduna South Senatorial Zone.

The Deputy Director, Mullah explained that the International Code for Marketing of BMS, World Health Assembly Resolutions, and National Regulations is not in support of the advertisement of BMS in health facilities.

His words: “The Code and the IYCF marketing regulations directed manufacturers and markers of BMS not to provide free products or samples of BMS to families, through health workers or health facilities.

“The MBS Code equally warned against creating awareness directly or indirectly to parents and caregivers, on infant formula in health facilities by BMS manufacturing companies.”

Mullah noted that the Code and the National Regulations were intended to end inappropriate promotion of BMS and other infants’ formula, lamenting that in spite of the provisions, health facilities in Kaduna state, it had continued to allow promoters of BMS products to sell in their premises.

He warned that any health worker who disobeys any provision of the Code and Regulations will be charged under the relevant regulations of NAFDAC pertaining to food and food products.

He explained thus: “This is because inappropriate Infant and Young Child Feeding (IYCF) practices contribute to the high child morbidity and mortality being recorded in the country. The BMS Code must, thus, be implemented in its entirety to protect, promote, and support optimal IYCF for child survival, health, growth, and development.

“The Code will be fully enforced with appropriate sanctions for violators as ignorance of the law is not an excuse for its violation.”

Mr Isah Ibrahim, SCI Nutrition Advocacy Advisor, who maintained that similar sensitisation was held for health workers in Kaduna North and Kaduna Central Senatorial Zones to create the needed awareness against promoting BMS, however urged the health workers to promote optimal exclusive breastfeeding which provides infants with all the nutrients required for healthy growth and development.

Drama as house of rep member's aide is caught stealing from another lawmaker's office...
Read More...