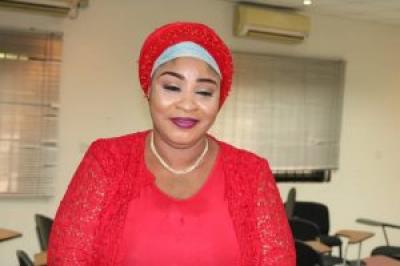 The Governor of the Women’s wing of the Association of Nigeria Licensed Custom Agents known as ANLCA, Hajia Bola Muse has admonished her female colleagues in the association to rise up and give their support to Esther Toyin Oyeleke and Chinyere Okere who are vying for the position of Chairman in their various chapters.

She made this statement at the maiden meeting of the Women in ANLCA, which is the women’s wing of the association recently at the head office in Festac, Lagos State, where she also pledged her support to ensure that they emerge victorious in their male dominated chapters.

Also present to address the women was the National Secretary of the Association, Alhaji Abdulazeez Babatunde who pleaded with the women to bury all forms of grudges and work cooperatively as a team in their efforts to make ANLCA great and further urged them to look forward to the association having its first Female President in its next national elections.