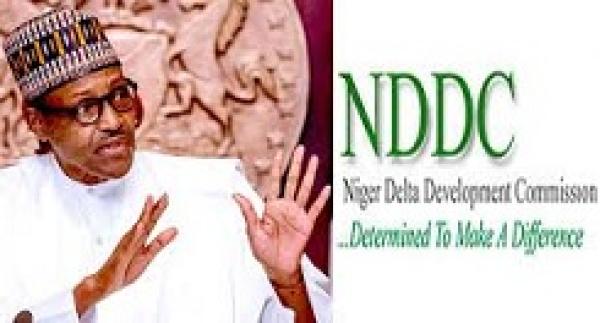 A group, Ilaje Unity Forum, has urged President Muhammadu Buhari to swiftly inaugurate the board of the Niger Delta Development Commission (NDDC) without further delay.

The group noted that the Nigerian Senate had screened and confirmed members of the board since 2019and maintained that the immediate Inauguration of the board will ensure and boost the overall development of the Niger Delta area.

The demand was made in a statement signed by its chairman, Stephen Jatuwase, and the secretary, Olabanji Orogbemi, in Akure, Ondo State.

Jatuwase emphasised that it was Ondo State’s turn to produce the Commission’s Managing Director, while applauding Governor Oluwarotimi Akeredolu of Ondo State for his recommendation of Hon. Gbenga Edema, the immediate past Chairman of the Ondo State Oil Producing Areas Development Commission (OSOPADEC), as the MD of the NDDC.

The Chairman noted  that Edema, who is from the Oil-Producing community of Ogogoro in the State’s Ilaje Local Government Area, is qualified to serve as the next managing director of the commission.

Jatuwase stated that Edema was selected for the NDDC position by the President and subsequently screened and confirmed by the Senate in accordance with Section 12 (1) of the NDDC Act.