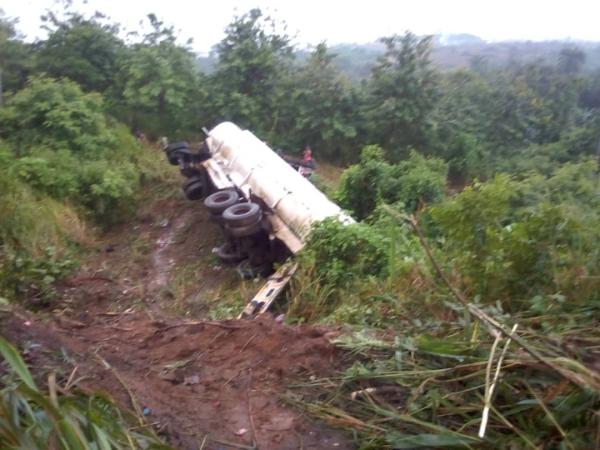 A tanker laden with Petroleum Motor Spirit (PMS) has plunged into a ditch in Ogun State.
The Federal Road Safety Corps (FRSC) said the incident happened on Saturday, before Total filling station, Sagamu/Ijebu-ode Expressway.
The tanker, which has no registration number attached to it, was said to have lost control due to speeding; it veered off the road and landed in the ditch.
To avoid a secondary crash or possible fire outbreak, the FRSC and other law enforcement agencies have since cordoned-off the area.
FRSC spokesperson in Ogun State, Florence Okpe, said traffic has been diverted to a single lane.
Okpe added that fire fighters are on standby to arrest the situation in case of any eventuality.
Her words: “The Federal Road Safety Corps, Ogun Sector Command wishes to inform the motoring public on the crash that occurred this morning, involving a tanker with no registration number on it
“The vehicle lost control due to excessive speed, fell into a ditch, fully loaded with PMS.
“Fire service men are on ground. The scene cordoned for caution and to avoid secondary crash. Traffic has been diverted to the other lane. FRSC operatives are fully on ground managing the traffic situation.
“Motorists are advised to drive cautiously and cooperate with traffic managers managing the situation.” 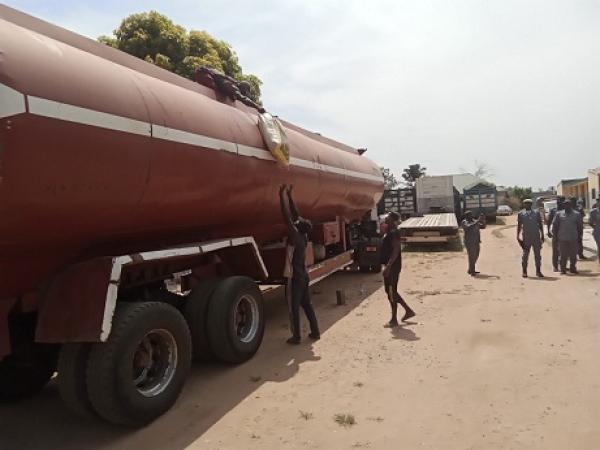 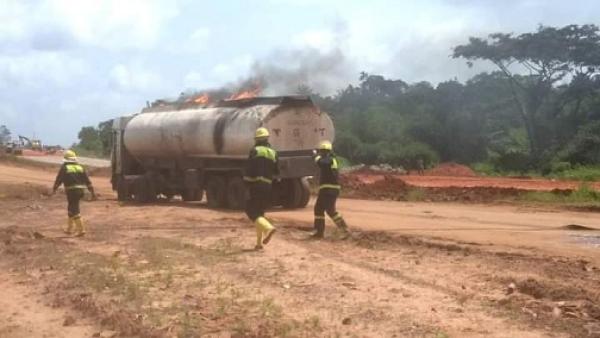