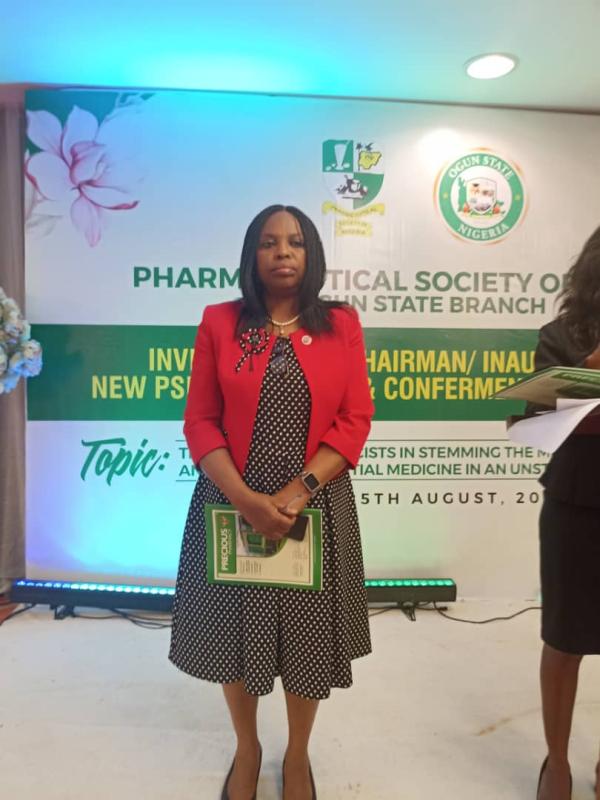 The gathering was an assemblage of Pharmacists in the country under the aegis of Pharmaceutical Society of Nigeria(PSN), Ogun State branch and the topic of discourse was the “Role of Pharmacists in stemming the misuse and abuse of essential medicines in an unstable economy”.
Venue of the occasion which turned out to be a dinner was the magnificent Park Inn By Raddisson Hotel, Abeokuta, which also was the event of the Investiture of Pharm.(Otunba) Adewale Adenugba as new PSN Chairman in the state as well as inauguration of new Exco and conferment of Merit awards.
On the podium was the Vice-Chancellor, Chrisland University, Abeokuta, Prof. Chinedum Peace Babalola, FAS, whose keynote address pin-pointed two main issues, namely; combating irrational use of medications and reduction in the level of adulterated and fake drugs in the market, which she stated would produce major successes in the health sector to benefit Nigerians.
Prof Babalola is of the opinion that the time is ripe for the various regulatory agencies of government to devise appropriate measures to decisively break the stronghold of the informal sector on drugs distribution and by so doing eliminate the dominance of unregulated drug markets in major cities of the country.
The renowned Pharmacist who is reputed to be the first female Nigerian inducted Fellow of the African Academy of Sciences(FAAS), took time in a slide presentation, to dissect the narrow lines between the rampant acts of drug abuse, drug misuse and self-medication.
She said: “Drug abuse is when you use legal or illegal substances in ways you shouldn&#39;t. You might take more than the regular dose of pills or use someone else&#39;s prescription. You may abuse drugs to feel good, ease stress, or avoid reality. Drug abuse is the use of a medication without a prescription, in a way other than as prescribed. Example is taking prescription drug to get euphoric or feel “get high”).
“Drug misuse is defined as the use of a substance for a purpose not consistent with legal or medical guidelines (WHO, 2006). It has a negative impact on health or functioning and may take the form of drug dependence, or be part of a wider spectrum of problematic or harmful behaviour (DH, 2006b). Misuse involves not following medical instructions, but the person may not necessarily be looking to ‘get high’ from their use. For example, if a person isn’t able to fall asleep after taking a single sleeping pill
“The key difference between a person who misuses drugs and a person who abuses drugs is their intent. The former takes a drug to treat a specific ailment, whereas the latter uses a drug to elicit certain feelings.”
Beside these two acts of indulgences, she also said: “Self-medication is the use of non-prescription medicines by people on their own initiatives. The individual diagnoses his/her own illness and buys a specific drug to treat it. Thus, the patient bears the full responsibility for his/her own treatment.”
Prof Babalola warned that many of these drugs being abused include opioids, central nervous system (CNS) depressants, and stimulants which might lead to a variety of adverse health effects, just as there are other equally dangerous drugs like the antibiotics and the hormones which are often procured without a valid prescription.
She highlighted some elements of irrational drug use to include; overprescribing, self-medication, use of fake drugs, use of wrong drugs for illnesses, use of incorrect dosage and overuse of injections, all of which she stressed was capable of spelling doom for the health of the citizenry.
As a resolution strategy, the Chrisland University VC said it was time for pharmacists to go digital and maximize technological innovations in promoting rational use of medications by Nigerians.
To Prof. Babalola, technology-driven intervention is necessary in the various hospital Registries for appropriate database that provide pharmacists direct secure access to view patient’s recent controlled substance prescription history to help them better evaluate a patient’s history as it pertains to controlled substance prescribing and dispensing.
According to her, drugs with serious safety concerns, for example, Retinoids and clozapines must not be dispensed until the pharmacist has fulfilled certain documented requirements to exclude at risk patients irrespective of doctor’s prescription.
She challenged pharmacists to uphold integrity in their individual practices and do what is right and expected of them despite the unstable economy of the nation, stressing: “As men of honour, we must join hands to eradicate drug abuse and Drug misuse in our Nation” 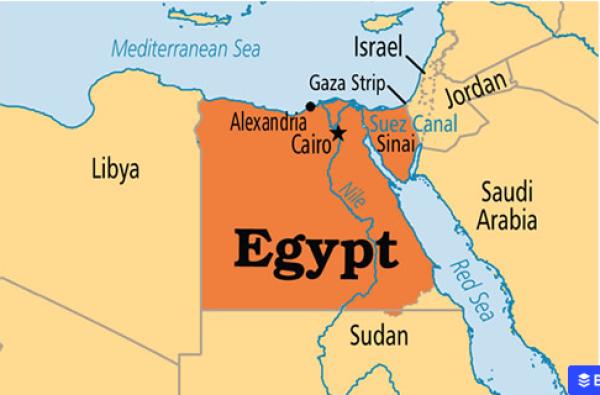 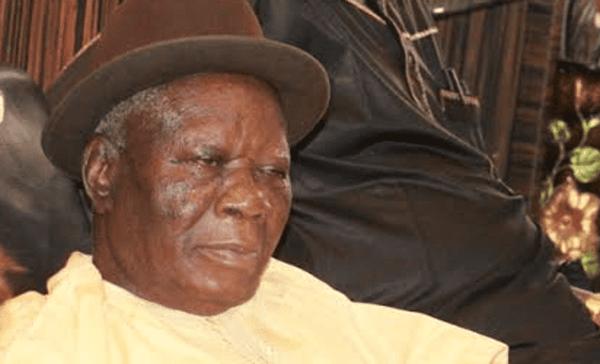 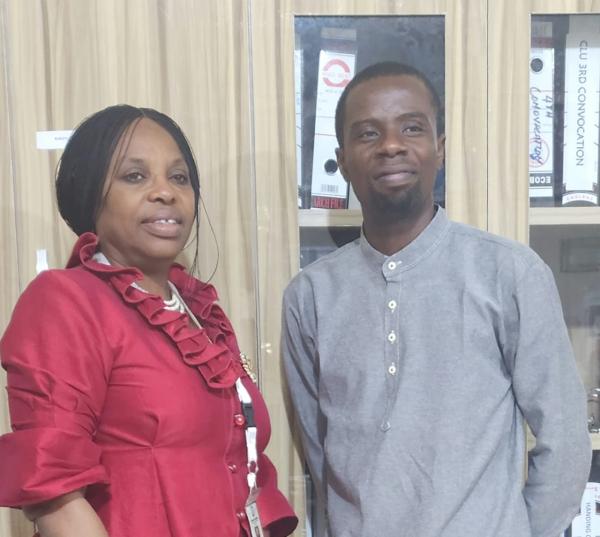