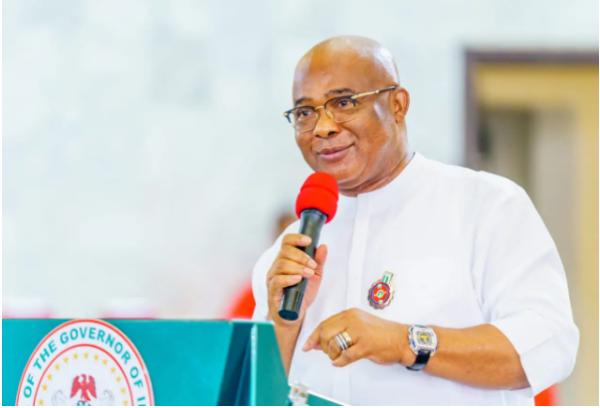 Governor Hope Uzodimma has said the victims of Otulu, in Oru east council area who were killed while returning from a wedding ceremony at Awomama in Oru west Local Government Area of Imo State on Sunday were bandits.

The governor said they were neutralised after an operation by the Department of State Service(DSS).

The governor who disclosed this through a statement by his chief press secretary/media adviser, Oguwuike Nwachukwu described the reports as propaganda even as he added that the State government won’t be deterred by it in its bid to cob the insecurity challenge in the State.

The release reads in part “Governor Hope Uzodimma of Imo State has said that government will not be deterred by propaganda and blackmail in her quest to protect the lives and property of Imo citizens.

“Governor Uzodimma said that the government had been briefed on the incident by the Director of State Services in an interim report made available to members of the Security Council.

“The Governor added that the DSS Director confirmed that his men carried out an operation in a Camp at Awomma with the assistance of their informant and not at a wedding place as claimed by the youths and that it was in the process that some bandits were neutralised.”

Meanwhile, the governor said while the Security Council awaits detailed report on the incident, it urged residents of the State to be wary of blackmail and propaganda against security agencies.

Similarly, Governor Uzodimma has also used the opportunity to describe as falacy, the claim on the social media and section of the media about a 15 year old girl allegedly impregnated in the DSS detention.

According to the Governor, “security report indicated that two ladies who were caught with bandits about six months ago and they have been helping the DSS in identifying and arresting other dangerous bandits in the State.

“Incidentally, the so-called 15 year old lady happens to be the girl friend to a key gang leader of the bandits terrorising the State but on the trail by DSS operatives”.

The Governor stressed that security report has shown that the fleeing gang leader had reached out to his sponsors who have resorted to using the 15 year old lady in question to blackmail the DSS and divert attention.

“The whole thing boils down to propaganda and blackmail targeted at the Security agencies.

“You know I will never allow anything ungodly to happen in Imo State. Their target is to puncture the relative peace the Security agencies have helped us to achieve in Imo State and we are determined to sustain the peace.

“We won’t be deterred and no amount of propaganda and blackmail will deter the Security agencies from doing their work.”