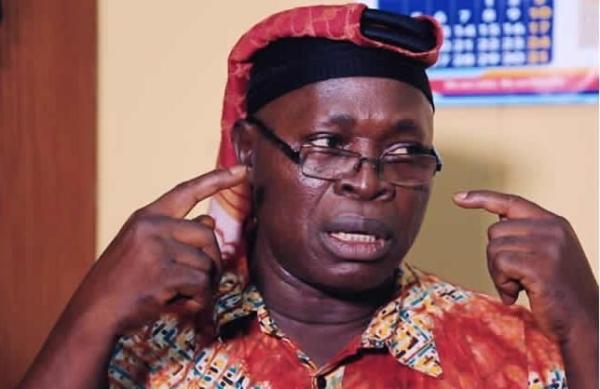 The Muslim Rights Concern (MURIC) has asked President Muhammadu Buhari to declare the first day of the Islamic calendar (1st Muharram) as a Hijrah holiday to justify the 1st January Gregorian holiday that is declared annually by the Federal Government of Nigeria.

MURIC also frowned at the holiday declared by federal government on every January 1st, stating that 1st January holiday is a Christian colonial creation designed to dignify and rubber-cushion the pomp and pageantry of Christmas.

The group argued that only the recognition of the first day of the Islamic new year can balance the equilibrium and ensure parity, justice, and fair play.

The Muslim rights group said the Federal Government should review “this Christian colonial heritage” for the sake of peace.

The group added that “if the government thinks this demand is unreasonable, FG should stop declaring 1st January as a holiday. That is when we will know who has been benefitting from it and who has been losing and hurting.”

The request was made by the group’s director, Professor Ishaq Akintola on Friday, 7th January 2022.

MURIC said: “As usual, the Federal Government (FG) declared 1st January, 2022, a public holiday in recognition of the first day of the Christian Gregorian calendar. But because the day fell on a Saturday, FG created an alternative by declaring the following Monday a public holiday.

“MURIC frowns at this lopsided arrangement. It is unfair, unjust and undemocratic. We demand an immediate review of FG’s holiday policy. We demand the declaration of the first day of the Islamic calendar as a holiday to justify the 1st January holiday that is declared annually by FG.

“It is important to note that the Christian calendar was established by Pope Gregory XIII (1502 – 1585) while the Islamic calendar was kicked off on 16th July, 622 to mark the historical migration (hijrah) of Prophet Muhammad (SAW) from Makkah, where the Muslims faced persecution, to Madinah, where they found religious freedom.

“The decree which declared Anno Hijrae was promulgated in 639 C.E. during the reign of Umar bin Khattab, the second orthodox khalifah (622 – 644). The Islamic calendar also finds divine expression in the Glorious Qur’an 9:36; 2:189; 10:5 and 17:12. Unlike the Gregorian calendar, therefore, the Islamic hijrah calendar is not a product of human machination and manipulation.

“Being a product of a people hitherto repressed by the pagans of Makkah, the Islamic calendar is also an instrument of freedom and liberation. Seen from this angle, all past and present efforts made by Nigerian Muslims for the actualisation of hijrah holiday is therefore part of the struggle for the emancipation of Nigerian Muslims from the clutches of Christian neo-imperialism, oppression and persecution.

“1st January holiday is a Christian colonial creation designed to dignify and rubber-cushion the pomp and pageantry of Christmas. In the interest of peace, FG should review this Christian colonial heritage. Nigeria became independent 62 years ago for crying out loud. 62 years is long enough to right wrongs perpetrated by the British slavemasters.

“Unfortunately, Muslims are still being treated like slaves and third class citizens by the government of Nigeria. It is too glaring to be denied. FG continues to impose an inferiority complex on Nigerian Muslims. We reject this imbalance. We will not suffer in silence. We will raise our voices on Nigerian streets and cities. We will cry out in the villages, in the creeks, and in the forests. The valleys, hills and mountains will echo our voices. We will rather be free men in our graves than live like puppets and slaves.

“Democracy is fraudulent without equal participation, equal rights and justice. We demand parity now and only the recognition of the first day of the Islamic new year can balance the equilibrium and ensure parity, justice and fairplay. Holidays are part of the dividends of democracy. However, the dividends must not be dished out in a selective manner.

“To strike a balance, we demand the declaration of 1st Muharram as a holiday for the Muslim Hijrah calendar. In the alternative or if the government thinks this demand is unreasonable, FG should stop declaring 1st January as a holiday. That is when we will know who has been benefitting from it and who has been losing and hurting.

“The fact that many state governments in Nigeria have been recognizing 1st Muharram (Hijrah holiday) and declaring the day as a public holiday underpins its relevance, significance, and the correctness of the hypothesis of its proponents. Many core Northern states declare 1st Muharram as a holiday every year. So what stops FG from doing the same at the federal level?

“It is noteworthy that the current Minister of the Interior, Rauf Aregbesola, a Muslim, declared Hijrah holiday in Osun State when he was governor. The late Governor Isiaka Ajimobi who was equally a Muslim also declared hijrah holiday in Oyo State.

“But his successor, Seyi Makinde who is a Christian, refused to follow suit in his first two years in office until Muslims in the state forced him to do so in his third year (2021). There is no gainsaying the fact that Makinde will be gambling with his second term if he fails to declare the hijrah holiday this year (2022).

“Our message to President Muhammadu Buhari is this: For six years MURIC consistently reminded you about the need to give Nigerian Muslims the 1st Muharram Hijrah holiday. But you ignored it. Nigerian Muslims would have engraved your name in letters of gold if you had done so. Your tenure remains just one year and five months. You have just one more chance to right the wrong done by the Christian colonial masters against Nigerian Muslims on the issue of 1st Muharram hijrah holiday before you hand over power in 2023.

“The next hijrah holiday will fall on 29th July 2021, ceteris paribus. That will be 1st Muharram, 1444. You can still have your name printed on the sands of time. We know you have the courage. You already have many firsts anyway. It is on record that you declared June 12 a national holiday and heaven did not fall. That was a feat many past presidents feared to touch. You named the National Stadium, Abuja after MKO Abiola. There have been many more.

“This earth planet will not tumble if you declare 29th July 2022 Hijrah holiday in recognition of the first day of the Islamic calendar. This is the time to ignore noisemakers. All the quibbling about you Islamising Nigeria is mere blackmail. It is an attempt to stop you from returning the Allah-given fundamental rights of Muslims to them.

“Those behind the allegation of Islamisation are aware of atrocities committed against Nigerian Muslims in the past. The Islamisation propaganda is a ruse and a smokescreen designed as the well-known ‘attack is the best form of defence’ strategy used by pathological cheats all over the world. Don’t fall for it. Go ahead, Sai Baba. Balance the equilibrium. Live up to your name as a just and equitable ruler. Justify your new appellation as the Father of Modern Nigeria (FMN). Give us Hijrah holiday.” 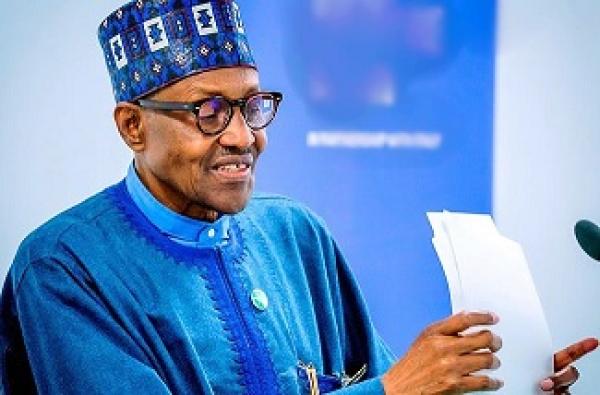