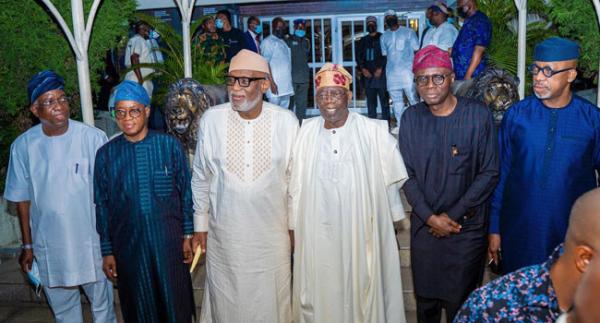 South-West Governor’s Forum on Tuesday October 26, met at the Lagos House in Marina area of the state after which the proceeded for a courtesy visit APC leader, Bola Tinubu.

Although Governor Seyi Makinde of Oyo State was absent, he was represented by his deputy, Rauf Olaniyan.

Speaking after the meeting which lasted for several hours behind closed doors, Governor Akeredolu disclosed that part of their deliberations bordered on the security situation in the region and ideas on how to address the challenge.

They also had a discussion on the Oodua Group, a company owned by all the six states in the South West. 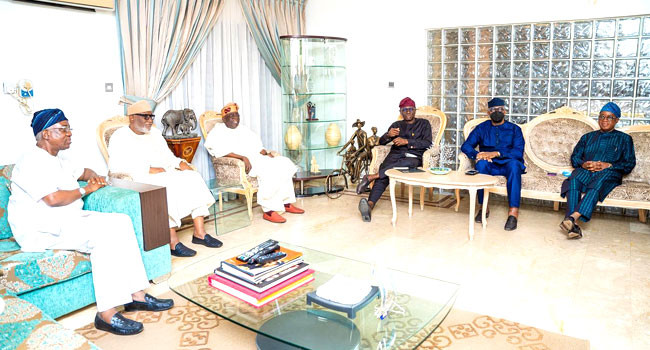 “We deliberated on a number of issues that we have common ground and National issues.

“We deliberated on our common heritage which is the Oodua group of companies. At the end of the day, we agreed on some things; and it is not something we want to discuss in the open, especially the ones on security.”

The South-West Governors also visited the National Leader of the All Progressives Congress (APC), Bola Tinubu, who recently returned to the country after a medical trip to the United Kingdom.