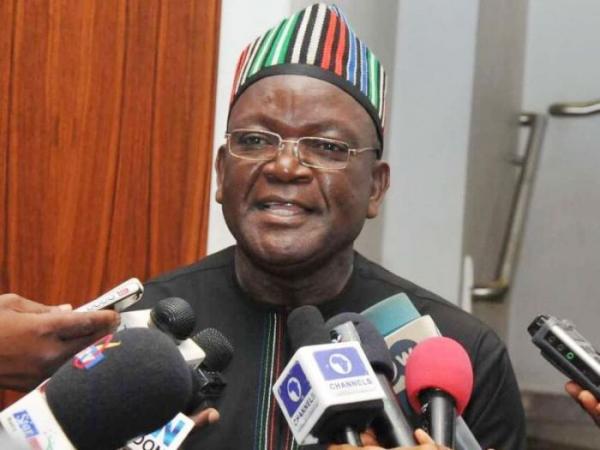 Saturday 17 July 2021: -Governor Samuel Ortom of Benue State has said it was the height of deceit and hypocrisy for the Federal Government to approve N6.25 billion for ranching in Katsina State and released N5 billion, while same government is creating cattle routes and encouraging open grazing in other states of the federation.

Ortom, who spoke at Makurdi airport, was reacting to the revelation by Governor Bello Masari, at the commissioning of the Zobe Water Project in Dutsima, Katsina State.

Masari had said: “Mr. President has graciously approved N6.25 billion for ranch development purposes in Katsina State, out of which N5 billion is in the account of the state government.”

Governor Ortom insisted that the Federal Government should apologise to him and extend the same gesture to Benue State by releasing N100 billion to Benue State for the establishment of ranches in the state.

Hear him: “So Mr. President approved N6.5 billion for ranching in Katsina State. What kind of hypocrisy is this? Are we a serious country at all?

“If the President would say that the Attorney-General of the Federation should ensure the relocation of those who have encroached on cattle routes and grazing areas to do open grazing despite the surge in the population from less than 40 million in 1950 to the over 200 million people today;

“And the same President is encouraging ranching in Katsina State where he comes from, that is certainly laughable and very hypocritical and deceitful.

“We need an explanation because it is a shame. Since 2017 we have been for ranching and of course you recall that the Governor of Katsina State did say that it is unIslamic for anybody to talk about open grazing.

“The prohibition of open grazing is the only thing that will help this country, including the provision for ranching.

“So if the President has approved N6.5 billion for Katsina State, they should also approve N100 billion for Benue State with an apology to me.

“It is not right for the Federal Government to approve money for ranching in a state and leave others out.

“And in fact the governor of the state, in his remark, said N5 billion had already been remitted to their coffers. So I begin to wonder, where are we headed?”

Governor Ortom, who lamented “the level of unbearable poverty and hunger the APC-led Federal Government has unleashed on Nigerians,” said the prophesy of late Fela Anikulakpo-Kuti of Nigerians suffering and smiling was currently playing out in the country.