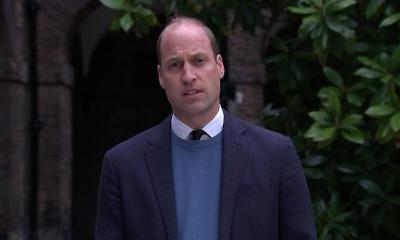 Friday, 21 May 2021: The Duke of Cambridge has blamed BBC failings over its interview with his mother for fueling her paranoia and worsening his parents' relationship.

After an inquiry found the BBC fell below its standards, Prince William said he was "most saddened" Diana never learned she had been deceived. He said his mother was failed "not just by a rogue reporter" but by BBC bosses.

The Met Police said it will assess the new report, after previously deciding against a criminal investigation.The Duke of Sussex blamed a toxic media culture for his mother's death.

In his separate statement, Prince Harry said that the "ripple effect of a culture of exploitation and unethical practices" ultimately took his mother's life.He expressed concern such practices "are still widespread today", adding that it was "bigger than one outlet, one network or one publication".

"Our mother lost her life because of this, and nothing has changed. By protecting her legacy, we protect everyone, and uphold the dignity with which she lived her life," he said.

The BBC has written to apologise to Princes William and Harry, as well as the Prince of Wales and Diana's brother Earl Spencer.

Diana whistleblower wants apology from BBC bosses
Matt Wiessler, the graphic designer who first raised concerns about the fake documents used to secure the interview and who was later denied work by the BBC, told Radio 4's Today programme that an apology sent to him at 22:00 BST on Thursday was "too little, too late".

He criticised Lord Hall, who led an internal investigation at the time, and then BBC director-general Lord Birt for not apologising to him in person.