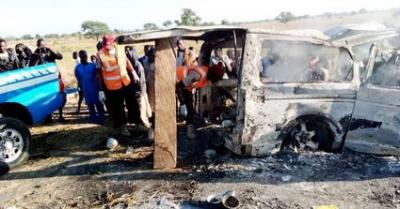 NIGERIA- Friday 7 May 2021: Fourteen persons were burnt to death during road accident at the Long Bridge axis of the Lagos-Ibadan Expressway, Obafemi/Owode Local Government area of Ogun state.
It was gathered that the incident happened on Thursday around 10:20pm.
The Spokesperson for the Traffic Compliance and Enforcement Corps, Babatunde Akinbiyi confirmed this in a statement on Friday morning.
The accident involved a silver Toyota RAV 4, with registration number, LND 13 GS, silver Toyota Camry marked, GGE 369 GJ and a burnt Mazda bus with an unidentified number plate.
It was also gathered that the burnt commercial bus was involved in a wrongful overtaking before it hit a stationary faulty vehicle, the Toyota Rav 4, which was parked in the middle of the road.
Akinbiyi further disclosed that 14 passengers of the bus were burnt beyond recognition, adding that three of them sustained burn injuries.
He said TRACE operatives and other security agencies on the ground rescued two victims to the Lagos State Accident and Emergency Centre and one other to the General Hospital at Gbagada.
“Preliminary investigation showed that the burnt commercial bus was involved in wrongful overtaking before it hit a broken down stationary vehicle (Toyota Rave 4) in the middle of the road.
“In the process, it lost control and somersaulted several times before it burst into flames.
“As of the time of filing this report, it can’t be ascertained if the Mazda bus was fully loaded, but the carcass of burnt bodies beyond recognition was noticed at the accident scene.
“In all, 17 passengers were in the bus when the crash happened with three seriously injured and 14 burnt beyond recognition among which are three kids.”
“Two of the three persons who sustained injuries were taken to the Lagos State Accident and Emergency Centre while one was taken to the General Hospital, Gbagada for treatment, by the combined efforts of TRACE, FRSC, and the police,” he stated.
While commiserating with the family of the dead and injured, he urged  drivers to “desist from speeding, wrongful overtaking and overbearing cum nonchalant attitude that exposes other road users to risk and danger.” 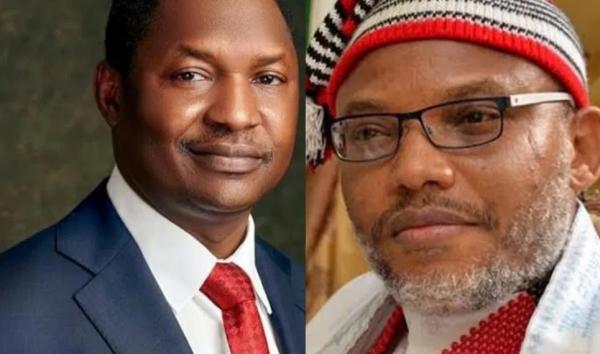 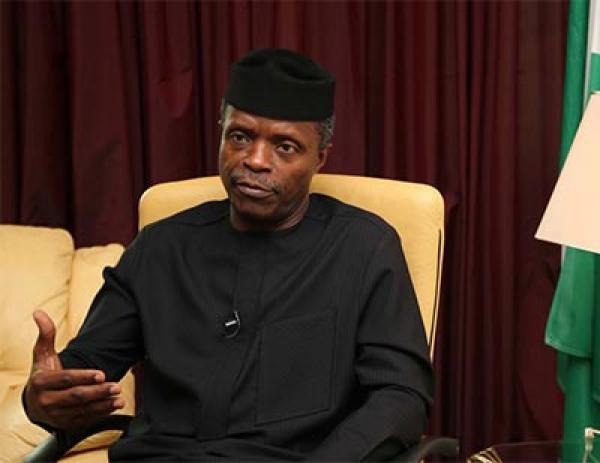