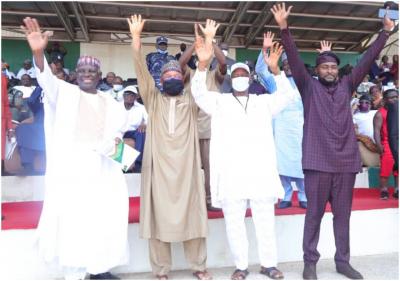 The defection took place at the North Central Zonal Congress of the party taking place in Makurdi, Benue State.

The defectors were received into the PDP by leader of the party in the North Central Zone, Governor Samuel Ortom of Benue State.

Professor Jerry Gana who spoke on behalf of the defectors said PDP will reclaim power in all the states of the North Central Zone currently being ruled by the APC and Nigeria at large.

APC, PDP leaders meet secretly at night but pretend to be enemies in the day- Fayose reveals...
Read More...