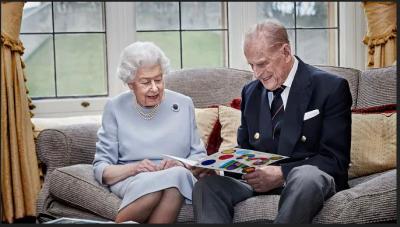 The death of the Duke of Edinburgh was announced on Friday in a statement issued by Buckingham Palace.

Prince Philip died at the age of 99 after a period of illness that saw him get hospitalised in March 2021.

In the next month, the royal family will enter a period of mourning while a ceremonial funeral is arranged and a burial.

In a break with tradition, there may not be a lying in state for the Duke of Edinburgh.

During a royal lying in state, the coffin is draped in a royal flag, usually a personal standard, and rests on a catafalque – a decorated platform, covered in purple cloth, flanked by military guard around the clock.

Due to the coronavirus pandemic, a lying in state has become unthinkable, not that this would have displeased the duke.

“He doesn’t see himself as important enough for that,” an aide once said when asked about the duke’s opinions on lying in state.

"Your queens will multiply"- Prophetess Olori Naomi jokingly prays for her husband, Ooni of Ife at h...
Read More...