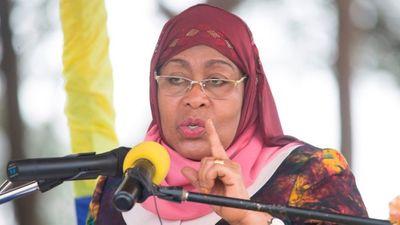 Tanzania has clarified that the lifting of a media ban announced by the country's new president only applies to online television.

Recall that President Samia Suluhu Hassan had on Tuesday directed authorities to lift a ban on media outlets, imposed under the previous president John Magufuli's regime. She also asked the information ministry to ensure that the concerned media follow the law.

President Samia said government must not be seen to curtail media freedoms, while speaking during the swearing in of new government officials. The decision was welcomed by some activists and advocates of press freedom.

But on Wednesday, the newly appointed government spokesman, Gerson Msigwa, said in a tweet that the president had given instructions “to lift the ban on online television only and not other media, including newspapers that were banned according to the laws”.

Information Minister Innocent Bashungwa has said the government will first consult the laws involved in banning newspapers, the Reuters news agency reports, while also clarifying that the president's decision only applies to online television.

Headlines (Tanzania):
Read our other news items below...

UPDATE: Tanzania says only ban on online TV has been lifted