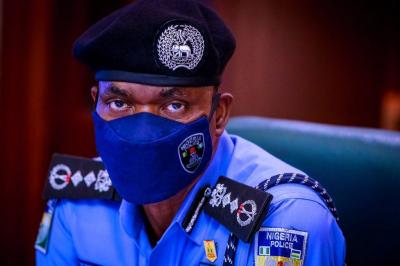 The Inspector-General of Police, Adamu Muhammed, has ordered security operatives in Imo state to  use their weapons against the members of the Independent People of Biafra (IPOB).

The IGP gave the order on Tuesday during his visit to the razed Imo Police Command headquarters and the Owerri Correctional Service.

Adamu stated that IPOB members were responsible for the Imo jailbreak and the razing of the state Police Command.

He urged the officers to use their rifles against the IPOB members.

“Police will not allow these criminals to succeed,” the Police Boss stated.

Nnamdi Kanu to IPOB Members: Fr. Mbaka Is one of us...
Read More...