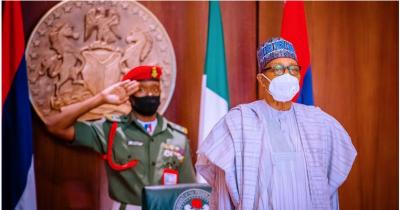 The closed door meeting is holding at the Presidential Villa, Abuja

In attendance are the Vice President Yemi Osinbajo; Secretary to the Government of the Federation, Boss Mustapha; Chief of Staff to the President, Profe Ibrahim Gambari; and the National Security Adviser, Major General Babagana Monguno (retd.).

Others are the Ministers of Defence, Interior, Police Affairs, and Foreign Affairs.