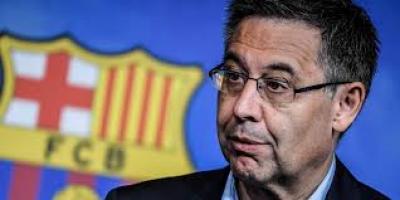 Former Barcelona President, Josep Maria Bartomeu, has been arrested by Spanish police for his involvement in the ‘Barcagate’ smear campaign scandal during his time as the club president.

Bartomeu is one of four people to have been arrested so far, with Barcelona’s CEO Oscar Grau; head of legal services Roman Gomez Ponti and Jaume Masferrer, who acted as an adviser to Bartomeu.

The Economic Crimes Unit of the Catalonia Police Force are overseeing the searches.

Spanish media said the operation was related to last year’s ‘Barcagate,’ in which club officials were accused of launching a smear campaign against current and former players who were critical of the club and then-president Bartomeu.

Barcelona in a statement said "Before the entry and search by the Catalan Police force this morning at the Camp Nou offices under the instruction of the Instructing Court number 13 in Barcelona, which is in charge of the case relating to the contacting of monitoring services on social networks, FC Barcelona have offered up their full collaboration to the legal and police authorities to help make clear facts which are subject to investigation.

"The information and documentation requested by the judicial police force relate strictly to the facts relative to this case.

"FC Barcelona expresses its great respect for the judicial process in place and for the principle of presumed innocence for the people affected within the remit of this investigation."