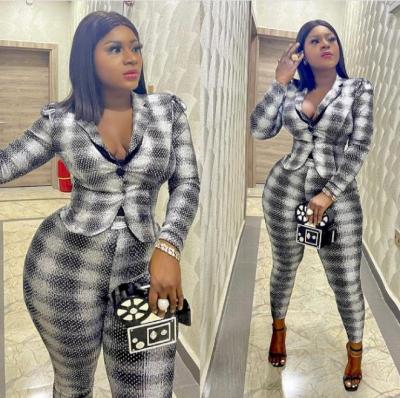 Popular actress, Destiny Etiko has been lambasted for wearing an outfit that flaunts her curves to visit Governor of Kogi state, Yahaya Bello with the intention to seduce him.

It all started after Destiny shared a photo she took with the Governor on Instagram with the caption;

It was later observed that the 31-year-old proceeded to block her comment section to prevent comments from social media users.

This, however, did not stop trolls from accusing her of intentionally trying to seduce the governor with the outfit she wore.

@meandmy_siskitchen wrote “U went to seduce the governor abi olosho”

@_tarek_001 wrote “I no understand why u go hide comment of that pic u and that yeye governor?”

@maimuna02116 wrote “But why dress like that to go for an official visit though?”

@ace_odogwu wrote “You locked the comment section on your previous post because you don’t want to hear the truth. Na part of the hard work you dey in to be that. Market seller”