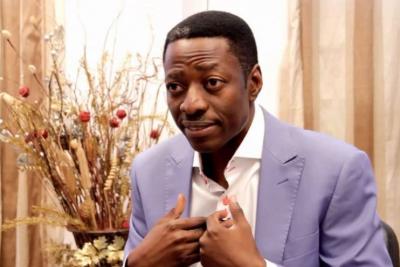 Pastor Sam Adeyemi, the Senior Pastor of the Daystar Christian Centre, Lagos, has disclosed that Nigeria moves from one crisis to another because the country’s leadership culture has a problem that needs to be addressed.

The cleric who spoke on Friday during ‘Radio Now’s Urgent Conversation’ with the theme, ‘The Fierce Urgency of Now: Tactics and Strategies to Pull Nigeria from the Brink’, said members of the Nigerian elite and those in government were not leading the citizens on the path of progress, hence, there is fury in the land.

Adeyemi stated that “When you look from a leadership standpoint, these crises we are going through are predictable.

“I had said to the people that listened to me years ago that Nigeria will go from crisis to crisis. Why? Because we have a culture basically that is not aligned with principles. We are dealing with cultural issues, deep issues, mindsets, beliefs, values, that eventually influence behaviour.

“So, the leadership culture itself has a big problem because there is a wide gap between the leader and the led. It is a cultural problem –the leader is very powerful, the led powerless.

“Leadership requires change, that is the essence, if you are not taking me from A to B, you are not leading me. If we stand on the same spot for 12 hours, you are standing in front of me for 12 hours and they ask you what are you doing to him? You say I am leading him, that is not true; you actually obstructing my progress. We need to move forward.”

“Once, we begin to discuss that with Nigerians, the vision will give people hope. Presently there is despair, people can’t see the way forward.”

Adeyemi further said breaking away as a nation was not the way out, stressing that restructuring will bring about the empowerment of the masses.

He, therefore, charged the Nigerian elite to start speaking “understandably” to the masses and start leading the people in the path of growth.

Other speakers at the event include Governor Nasir El-Rufai of Kaduna State; Governor Kayode Fayemi of Ekiti State; Senate Minority Leader, Enyinnaya Abaribe, amongst others.