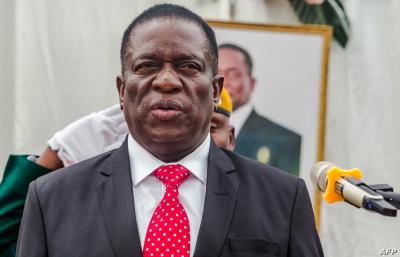 Zimbabwe government has confirmed the death of its two serving ministers: Minister of Transport and Infrastructural Development, Joel Matiza and Minister of Foreign Affairs, Ellen Gwaradzimba, who died of COVID-19.

The country’s Minister of Information, Monica Mutsvangwa, announced the death on Saturday.

It was disclosed that Matiza's death on Friday came days after the demise of Foreign Affairs minister Sibusiso Moyo on Wednesday and of Provincial Affairs minister Ellen Gwaradzimba a week ago.

She said "JB Matiza brought a new beginning and added vigour to the development of our road network, both trunk and ancillary.

"Joel Biggie Matiza was also a tried and tested cadre of the ruling party."

Zimbabwe has been recording a huge spike in COVID-19 cases since the beginning of the year, which experts believe is fuelled by the new South African variant.

On Friday the country recorded 45 deaths and 476 new COVID-19 cases.

Thief falls from ceiling during operation in Zimbabwe