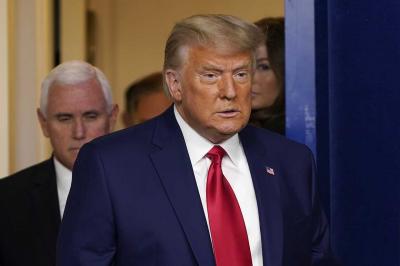 The U.S outgoing President Donald Trump has set to leave the white house ahead the swearing-in of his successor, President-elect Joe Biden.

This was made known to Pressmen on Friday by a senior administration official in Washington.

It was also revealed that the outgoing president has not had any form of meeting with the president-elect regarding the swearing in ceremony or other matter of the country.

Vice President Mike Pence, however, has congratulated the Vice President-elect Kamala Harris assured to render his assistance when needed.

Pence will attend the Biden’s inauguration in place of Trump.