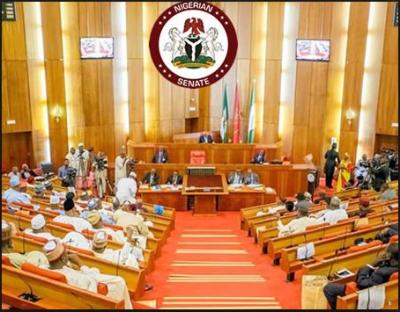 The Senate on Tuesday urged the Federal Government to compensate the states affected by the massive destruction that followed the peaceful protests by the #EndSARS agitators which was caused by hoodlums who hijacked the exercise last month with one per cent of proceeds from Value Added Tax.

The Upper Chamber also asked the Federal Government to set up a visitation panel to the various places destroyed across Nigeria for an on-the-spot assessment.

The Senate also directed its committees on National Security, Defence, and Police to investigate the attacks by the hoodlums and how to prevent a recurrence.

The Chamber asked its relevant committees to monitor compliance.

President of the Senate, Ahmad Lawan, said it was important that the executive arm of government, await the outcome of the judicial panels in various states to guide it on steps to take.

He also added that employment opportunities should be created for Nigerian youths to prevent future occurrences.