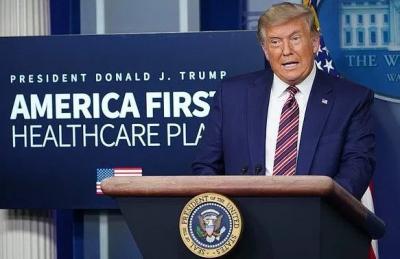 More than two weeks after Joe Biden became President-elect, the GSA has now notified his team that the Trump administration is ready to begin the transition process.

GSA Administrator Emily Murphy sent a letter to Biden on Monday saying that Biden would have access to federal resources and services to facilitate a presidential transition, according to a copy obtained by theHill.com.

Trump in two tweets confirmed that he had asked Murphy to begin the transition, though he did not concede his loss to Biden and said he would keep fighting.

His soft-pedalling came on a day that 100 business leaders threatened to withhold donations for the Republican senate races in Georgia, if Trump fails to concede.

Also, Michigan sealed his hope of overturning Biden victory, when the state certified the result.