Zimbabwe   ::   News
The Africa We Want: Nigerian Billionaire set to build platinum mine in Zimbabwe
Nov 18, 2020
By: Cletus Ilobanafor 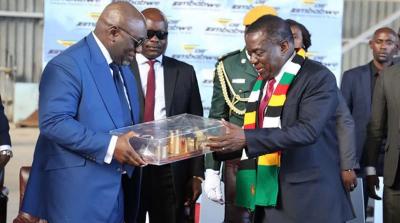 Nigerian billionaire Mr. Benedict Peters has made plans to build a platinum mine in Zimbabwe with at least one billion dollars.

This follows plans by the Zimbabwean government to make use of its mining concessions to revive the economy; as a result, investors have been invited to explore the resource-based areas.

According to reports, Bravura Holdings Ltd, a company owned by Nigerian billionaire has made at least $1 billion available for the development of the project.

Lionel Mhlanga, the country manager of Bravura Holdings revealed the company’s plan in an interview by stating that, “from where we are now, we will go to resource definition, after that we will go to resource modeling, after mine development and then mine construction… Those are all things that should happen in the next 18 months.”

He added that, the company will look beyond platinum and also invest some money into mining of lithium, rare earth minerals and tin in Zimbabwe.

Mhlanga stated further that, apart from Zimbabwe, the Nigerian aims to mine cobalt in the Democratic Republic of Congo, copper in Zambia, gold in Ghana and iron ore in Guinea with Namibia and Botswana being earmarked as possible investment options.

The issue of Africans deciding to invest their resources in the continent must not only be encouraged; these investors (competent for that matter) must also be given priority because the majority of their earnings remain in Africa and further develops the continent relative to foreign companies that make a lot and take all out of Africa.