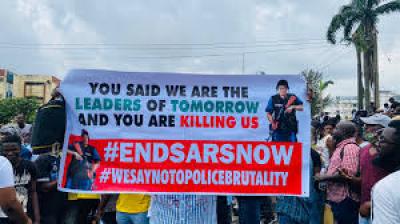 Governor Babajide Sanwo-Olu of Lagos State has released the names of two youths to join the Judicial Panel of Inquiry and Restitution for Victims of SARS Related Abuses & Lekki Toll Gate Incident.

According to him, the youths are: Rinu Oduala and Majekodunmi Temitope. They were selected by the youths.

Rinu Oduala is the convener of Operation Sanitise and a leading advocate for #ENDSARS. She is also a brand strategist and a passionate advocate for social justice.

Majekodunmi Temitope on the other hand is an administrator and transformational leader. He is also an activist and has been an advocate for ending police brutality in Nigeria.

He said “Well done to the youths in Lagos for coming together to select Rinu Oduala and Majekodunmi Temitope to join the Lagos Judicial Panel On SARS as part of our commitment to justice and compensation for victims of Police brutality.

The governor said the scope of the panel has been expanded to cover the Lekki toll incident.

He also asked Lagos based businesses who had their stores looted/vandalized, to fill this form so that government could assist them.