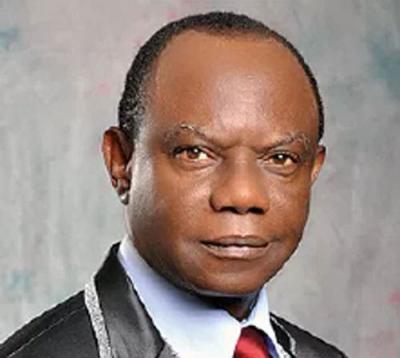 The National President of the Pentecostal Fellowship of Nigeria, Rev. Felix Omobude, has charged the #EndSARS protesters nationwide to withdraw from the streets as their agitation has since reached the government.

Omobude, who is also the General Superintendent of the Gospel Light International Ministries, New Covenant Gospel Church, said the genuine protesters had made their points loud and clear enough for those in authority to hear them and do the needful.

“You should stop your street protest for now to prevent the hoodlums, who have hijacked the hitherto peaceful exercise, to continue with their condemnable acts of criminality, which include vandalism, arson, looting, killing and rape, among others,” he stated.

The PFN President, who stated this while unveiling the forthcoming Bible Alive Believers International Convention with the theme: ‘Triumph of Hope’, however, urged the government urgently attend to the demands of the #EndSARS protesters.

Omobude condemned the shooting and alleged killing of some peaceful protesters at the Lekki tollgate in Lagos State by soldiers and called on the military high command to carry out a thorough investigation of the incident and bring the perpetrators to justice.

He commiserated with the families of all those who have lost their lives during the nationwide protest and called on the government to ensure their sacrifices were not in vain.

Speaking on BABIC 2020 holding at His Glory of New Covenant Gospel Church, Benin City, Omobude revealed that several top Christian clerics and delegates from across the world were expected to attend the international event.