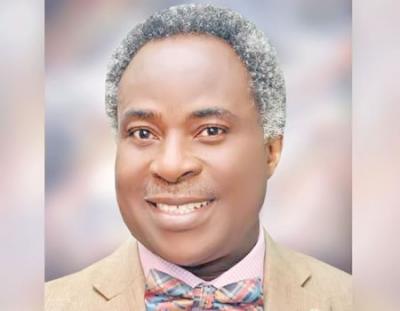 The Chief Medical Director of the University College Hospital (UCH), Ibadan, professor Jesse Abiodun Otegbayo has beefed up security around the hospital premises over suspected plan to attack its facilities by hoodlums

According to a statementreleased on Sunday, by the Head, Public Relations Unit of the hospital, Mr Toye Akinrinlola which was made availabe to CEOAFRICA  stated that the management of the hospital  had information that hoodlums were planning to launch attack on the hospital.

The Hospital CEO,  professor  Otegbayo assured all that  adequate measures had been put in place by security agencies to prevent such planned attack hence staffs, students and other members of UCH are assured of their safety.

The statement read: “Our attention has been drawn to the plans by suspected hoodlums to attack the University College Hospital, Ibadan. This is also as the Federal Ministry of Health has alerted all teaching hospitals, federal medical centres, specialist hospitals and other tertiary hospitals in Nigeria of the plans to attack them.

“Consequently, the Hon. Minister in the Ministry has directed all CMDs and MDs to beef up security around their facilities. We at UCH have taken bold steps to ensure the safety of lives and property within the Hospital.

“Very early this morning, the CMD, Professor Jesse Abiodun Otegbayo called His Excellency, the Governor of Oyo State, Engr. Seyi Makinde to brief him on the development. The governor assured the CMD that adequate security measures will be put in place to protect the UCH and other health Institutions in the state.

“Also, the CMD has called on the heads of all security agencies to provide security support to UCH, and to which we have received positive responses.

“The CMD therefore wishes to assure the staff, students and patients in the Hospital that they are safe, as well as their properties. He has urged everyone to be conscious of their environment and take measures to ensure the security of their properties.”