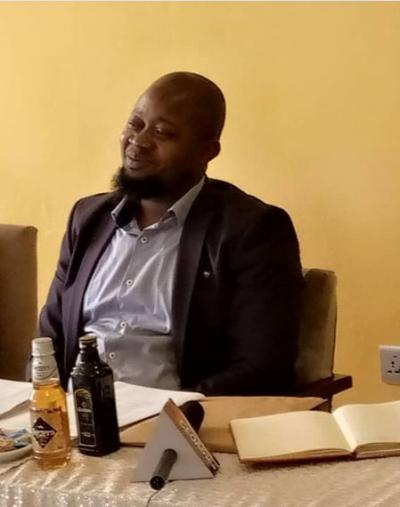 The Food, Beverage and Tobacco Senior Staff Association (FOBTOB) is currently holding its National Executive Council meeting at Ado-Ekiti, Ekiti State, ahead of the commissioning of its’ newly constructed student hostel tomorrow, the 16th of October, 2020.

The association meeting which usually holds twice a year; is being chaired as we speak, by Comrade Quadri Olaleye who is the National President of the association.

Today’s meeting has started by celebrating the Acting General Secretary, Comrade Peter Iyeye who is marking his golden jubilee birthday and whom the President describes as the most loyal person to have served in all ramifications.

Recall that CEO Africa had earlier reported that the organisation is set to commission its’ newly constructed, students’ hostel along Federal University Road Junction, Oye-Ekiti on Friday, 16th of October, 2020.

The 49-roomed hostel was set up to help cater for the accommodation needs of the students of the university.

The commissioning of the historic event, where CEO Africa would be to cover live, is to be chaired by the distinguished Mr Ben Langat, Managing Director, FrieslandCampina (WAMCO) Nigeria Plc.

WTO: Nigeria reaches out to U.S., South Korea, others over Okonjo-Iweala as DG

“If na Nigeria pastor there will conduct 12 days midnight prayer to chase am away, Nigerians react...
Read More...