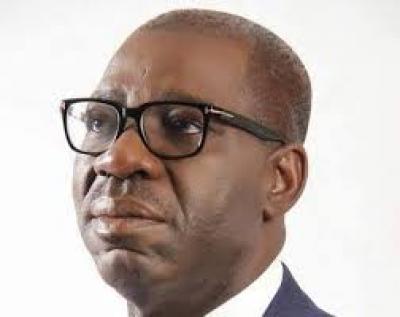 The Edo Governorship Election Petitions Tribunal sitting in Benin has received petitions from five political parties and their candidates, challenging the declaration of Governor Godwin Obaseki as the rightful winner of the September 19 election.

The Secretary of the tribunal, Sunday Martins, confirmed this to the News Agency of Nigeria in Benin on Monday. He added that the 21-day window period for the submission of petitions ended on Saturday.

He, however noted that the bailiff had not succeeded in his efforts to personally serve Obaseki the court notice and said that the governor “must be served personally because it is an originating process”.

All the petitions joined Obaseki, the Peoples Democratic Party and Independent National Electoral Commission as respondents.

The petition by ADP and its candidate however had the governor, PDP, INEC and Osagie Ize-Iyamu of the All Progressives Congress as defendants.

Candidates of APP and AA petitions were challenging their unlawful exclusion from the ballot papers by INEC, after having been validly-nominated by their party, in line with the Electoral Act.

They were praying the tribunal to nullify the election and order a fresh poll to be conducted within 90 days.

On their part, APM and NNPP were challenging the validity of Forms EC9 and CF001, reportedly submitted by Obaseki in respect of the 2020 and 2016 governorship polls in the state.

Also, ADP and Emmanuel are asking the tribunal to look at the list of Vice-Chancellors of the University of Ibadan, from 1947 to date, E-newspaper publication that announced the death of Prof. Tekena Tamuno, amongst other documents.

Emmanuel alleged in his petition that Tamuno, who was the VC of UI, from December 1975 to November 1979, could not have signed the certificate Obaseki allegedly presented to the APC for screening.

He has also alleged that the purported university degree, which Obaseki claimed was issued by UI, was not dated.

The ADP candidate, therefore, argued that Obaseki was not qualified to run for the poll, adding that votes credited to him were null and void and of no effect and value.