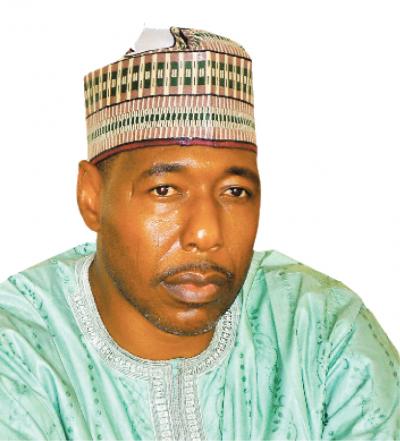 Governors elected on the platform of the All Progressives Congress, today sympathizes with the Government and the people of Borno State, over the attack on the convoy of the Governor, Babagana Zulum, which led to the deaths of security personnel and other innocent citizens.

The condolence of the Governors was contained in a statement titled “Attack on Governor Zulum’s Convoy: PGF Commiserate with the People and Government of Borno State,” ehich was signed by the Chairman of the PGF, Abubakar Bagudu.

They appealed to the Federal Government to provide additional support for security agencies working to end the Boko Haram uprising.

In their condolence message to the families of those who lost their lives in the unfortunate attack on Governor Zulum’s convoy on Saturday, September 26, 2020 along Maiduguri/Baga Road of Borno State, the statement read in part “As Progressive Governors, we are saddened by this dastardly attack, which has resulted in the unfortunate death of precious lives of security personnel and innocent citizens.

“We join our brother, Governor Zulum, our leaders in Borno State and all Nigerians to pray for the repose of the souls of all those who lost their lives".

"Nigerians should be strengthened by the determination of Governor Zulum to expedite the peacebuilding process in Borno State and indeed the whole of North-East".

“Clearly, the strategies and tactics currently adopted by Borno State and security agencies are very effective and the attack of Saturday, September 26, 2020 on the two convoys by the Boko Haram insurgents is to distract the Government from ensuring that life returns to normal in Borno State".

“While we commiserate with the Government and the people of Borno State, we call on the Federal Government to immediately provide more logistical support to security agencies deployed to Borno State to ensure a speedy return to normal life in Borno State and the whole of North East".

“We, on our part, shall continue to support our colleague, Governor Babagana Umara Zulum. We reaffirm our commitment to support our security agencies to end all activities of Boko Haram in all parts of Nigeria.”