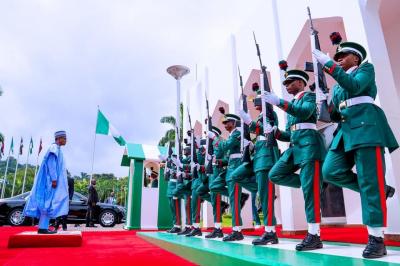 The Guards Brigade of the Nigerian Army has announced the firing of heavy artillery gun as part of activities lined up to mark Nigeria’s 60th Independence Day.

The Acting Assistant Director, Army Public Relations, Captain Innocent Audu, who made this known in a statement, said: ‘Nigeria’s 60th Independence Day Anniversary Parade is scheduled for 1st October 2020 at Eagle Square, Abuja. As part of ceremonial activities for the anniversary, the traditional gun salute will be fired by personnel of 21 gun salute.

‘Consequently, the general public is hereby notified on the anniversary parade while the residence of Asokoro, Three Arms Zone and its environs are urged not to panic at the sound of simulated firing of artillery guns during the parade.’