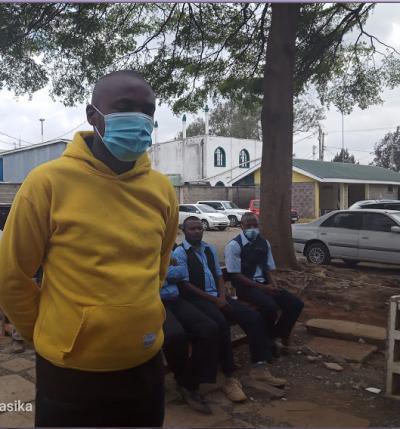 A man was on Friday charged with beating up his girlfriend and causing bodily harm after she refused to follow his demands.

Stephen Githinji is accused of beating up Penina Wambui on September 14 in Kangemi, Nairobi county.

Githinji was also charged with another count of malicious damage of property as he allegedly destroyed Wambui’s phone.

The police report says Githinji visited Wambui at her business place and offered to take her home. It was during their way home that he is alleged to have committed the offence.

He denied the charges before senior principal magistrate Esther Boke and was freed on a bond of Sh100,000 and an alternative bail of Sh20,000.

The case will be mentioned on October 8.

Headlines (Kenya):
Read our other news items below...

So Funny: Nigerian man proposes to his girlfriend at #EndSARS protest in Lagos (Photos)...
Read More...