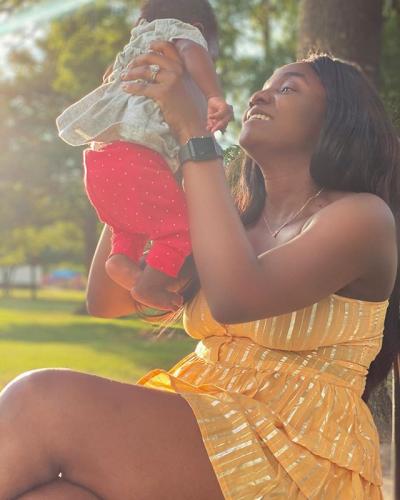 Nigerian singer, Simi and her husband, Adekunle Gold, have recently been posting pictures of their daughter, Adejare, without showing her face on social media to the amazement of their fans.

In a recent Instagram Live chat, Simi clearly made it known that she would only show her baby’s face whenever she wants.

When a fan asked her when she would do so, Simi replied, “When are you seeing my baby’s face? I don’t know. It will be when I feel like. You guys already know how I am with social media.”

She also noted that she was open to working with YBNL boss, Olamide as she said, “Olamide is a leader in his own right. A collaboration with him won’t be a bad idea.”