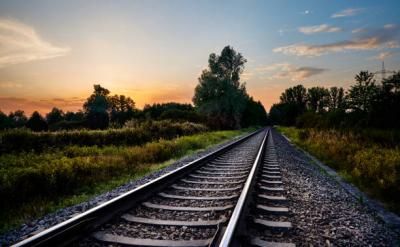 Following the Federal Government’s approved of $1,959,744,723.71 contract sum for a rail line that would link Nigeria to Niger Republic yesterday, the opposition Peoples Democratic Party and some civil rights groups have taken a swipe at the Buhari regime, saying the project was a misplacement of priority in a country facing intractable problems of insecurity and harsh economic conditions arising from hikes in fuel price and electricity tariff.

The PDP said the decision is another proof of the misplacement of priorities by the President as the party’s National Publicity Secretary of the PDP, Kola Ologbindiyan, in a telephone interview with newsmen in Abuja, stated, “The problem of this regime is that it has never got its  priorities right and at the end of the day, Nigerians are the ones who suffer from these poor choices by these people.

“Let’s even look at it from the point of view of the economy. What is the economic benefit of this project to Nigeria. The Nigerian economy, as it is today, is not in a state to contain this kind of wasteful spending.”

Attempts to get a response from the spokesperson for the All Progressives Congress, Yekini Nabena were unsuccessful.

Also, a former President of the Committee for the Defence of Human Rights, Malachy Ugwummadu, said the project was a misplacement of priority.

During an interview with news correspondents, Ugwummadu said, “It is a misplacement of priority and insensitivity to the needs and plight of the people by  a government that faces imminent and impending strike action by the organised labour centres and civil society partners in response to their illegal and obnoxious increases in the prices of petroleum commodities, the hike in electricity tariff and VAT, all within the devastating COVID-19 period.”

The Convener of the Concerned Nigerians Group, Deji Adeyanju, in his opinion to reports said that the project was meant to loot the resources of Nigeria adding that the project was not economically viable as he asked, “What is the Kaduna-Abuja rail project generating?  Imagine we take a loan from China to construct rail line that passes through Katsina State to another country; for what purpose?

“Lagos that has been battling gridlock for many years. Imagine what would happen if there is an intra-city rail. You can imagine its impact and monthly billions it will generate.”

On his part, a former President of the Association of National Accountants of Nigeria, Dr Sam Nzekwe, wondered who would   pay for the part that leads to Niger as he said, “There is so much infrastructural deficit in Nigeria, and part of the reasons we are not having many investors in the country is lack of critical infrastructure.

“Government would have used more efforts to develop infrastructure in Nigeria.”

“One would have said by now we should be talking of how to build solid roads and the rail system in Nigeria very well.

“But sometimes,  I don’t know if we are getting our priorities right because I think we have to finish with Nigeria before you think of going to Niger. Is there any special thing we are getting from Niger?”

Meanwhile concerned Nigerians have asked The Federal Government to explain how it will go about the funding in such a challenging time and to give its rational behind the approval of such a project.

A former Director-General of the Nigerian Institute for International Affairs, Prof Bola Akinterinwa, has charged Nigerians to be more interested in the source of the fund for the project.

Professor Akinterinwa who made this known during a telephone conversation with newsmen said in the light of the global economic crisis, the country could not single-handedly finance such a project.

His words: “There is absolutely nothing wrong if there is a railway line from the northern part of the country to our northern neighbour, Niger, if the funding is going to be at the level of the two countries. Second, if it is within the framework of ECOWAS regional development. Third, if there is an international funding for it under international assistance. So, one cannot just make a conclusion without first addressing under which framework it will be done.

“So, there is no way that kind of project will not be within that (joint) framework. But the issue is to find out the funding. Like a Yoruba proverb says, ‘whoever is going to help an outsider, must have succeeded in helping himself first.”

Another concerned Nigerian, a political economy and management expert, Pat Utomi,  also in an interview with newsmen said the government had to explain the rationale for its decision to approve the development of the rail line as stated: “The first question, you ask is which is the most commercial axis in the country that needs rail service?  In my view, by far the commercial axis is the Lagos-Benin-Onitsha-Port Harcourt-Calabar corridor. That is the busiest commercial track in the country

“In terms of use, that is the heaviest use traffic that requires rail transportation. But those who make the decisions must understand what drives their own priorities. This is the priority I would choose. But I am not sure what is the basis that forms the government’s choice

“If there is a regional decision to link the countries of the sub-region and there is a rationale justifying it, say for example produce-aggregation across borders.  I can understand that,  but everyone must be made to understand what produce is being aggregated on the Kano-Dutse-Katsina-Jibia-Maradi route

“I have no problem with cross border traffic if it can be justified on a produce-aggregation level for example a corridor for cotton or something which can have an economic impact. But if it does not, then clearly the judgment of those who are doing the allocation has to be questioned by the people.”