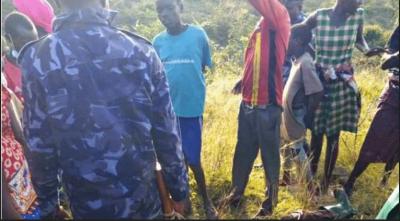 The UPDF 3rd Division Spokesperson, Maj. Peter Mugisha said that the escapees were shot dead on Saturday in Nadunget Sub-county, Moroto District, while trying to avoid being re-arrested.

“One escapee who was shot dead had become wild. One [escapee] was killed by a mob and another one was captured alive and he was taken back to prison,” he said.

According to Maj. Mugisha, the hunt for the armed escapees will continue until the escapes are re-arrested and the guns recovered.

On Wednesday last week, 219 prisoners who were serving various sentences, escaped from the prisons with more than 15 guns and 480 rounds of ammunition after breaking into the prisons armoury and overpowering the guard.

Meanwhile, the Spokesman of the Uganda Prisons Service, Mr Frank Baine disclosed that out of 161 prisoners who were tested for COVID-19 in Moroto Prison, 60 of them have turned out positive and most of them are the escapees.